Waking up Wildlife in the Garden

One of my client's home and gardens is fortunate enough to be located in the middle of 12 acres of beatiful oak-hickory forest.  The forest floor, yesterday, was covered in the mottled leave of Yellow Trout Lily (Erythronium american in the Liliaceae family) and Cutleaf Toothwort (Cardamine concatenata in the Brassicaceae family) sticking up through the oak leaf litter.  Of the hundreds of single leafs poking up, we only saw one early flower.  In the coming few days, there will likely be thousands of blooms.

So, one of our tasks was to rebuilt an eroded retaining wall.  As it was so early in the season, we discovered the winter resting pace for some forest floor critters.  The first, gave my co-worker quite a shock when she picked up the rock. 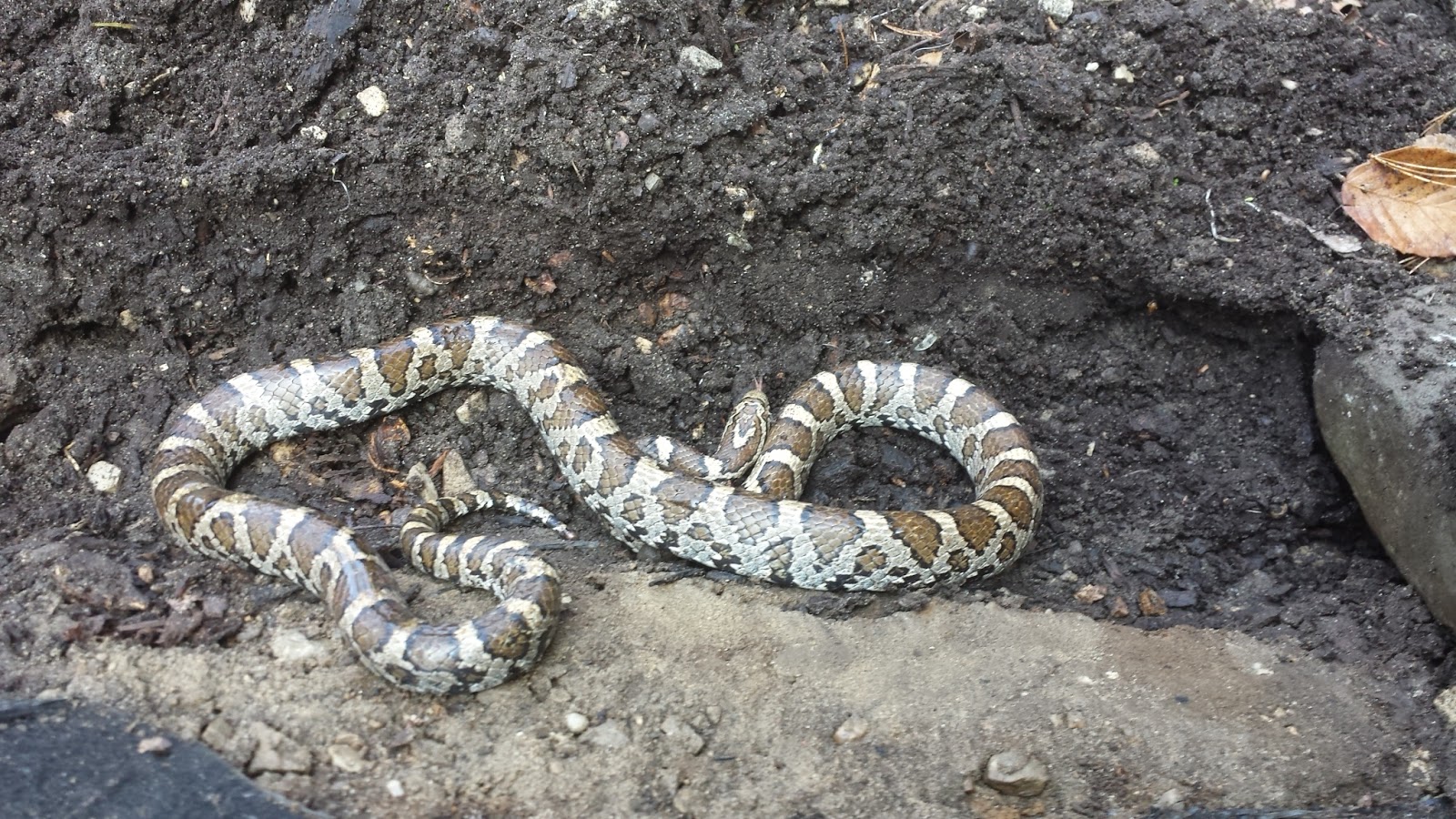 A beautiful Eastern Milk Snake (Lampropeltis triangulum triangulum) rested here underneath this rock probably the entire winter, until we woke it up.  Eastern Milk Snakes normally behave nervous and are quick to flee.  But as the temperature was maybe 40 degrees, it was "slow". 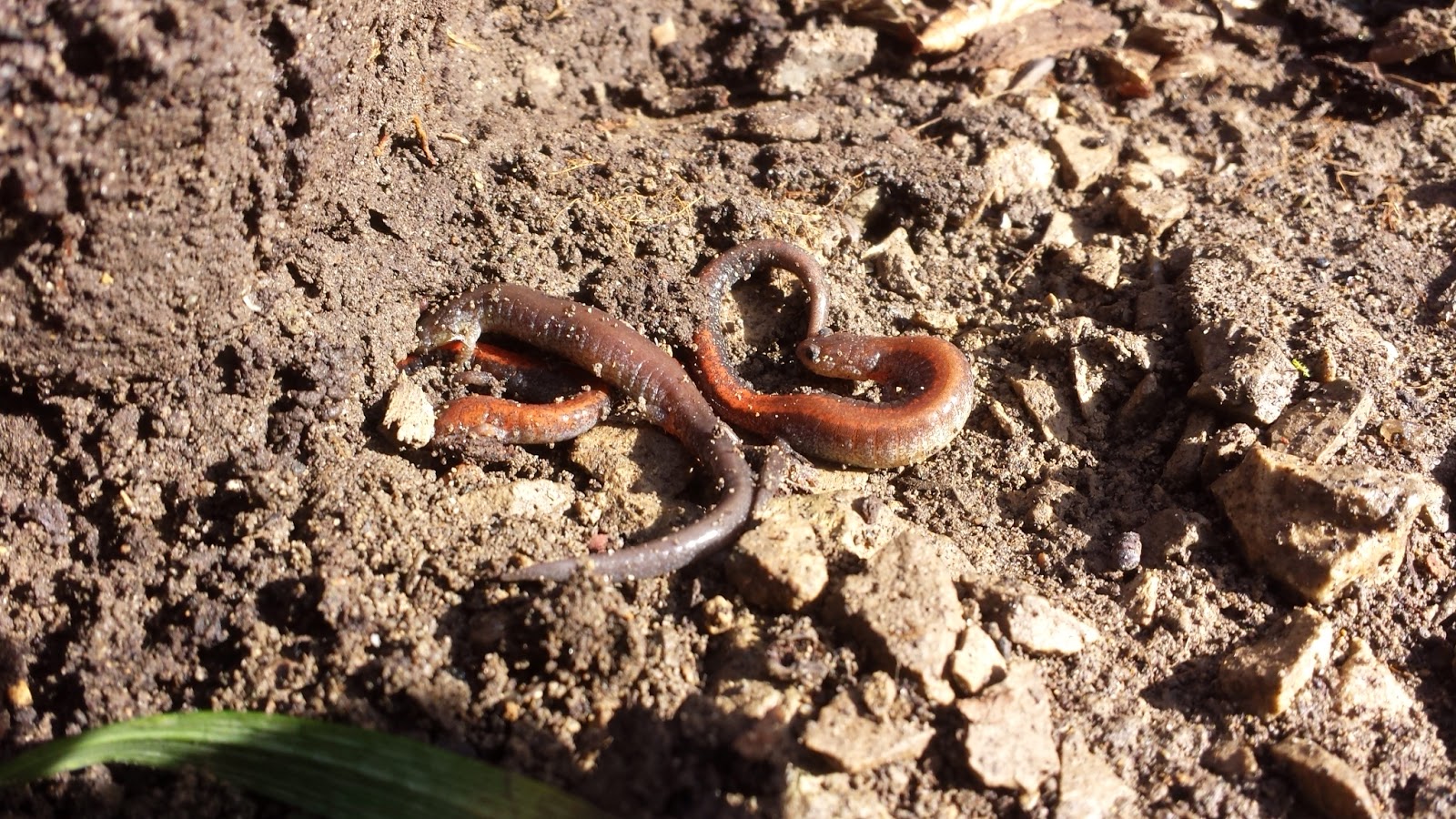 Underneath another rock, we discovered some Eastern Red-backed Salamanders (Plethodon cinereus).

Neither the snake nor the salamanders were as pleased to have been discovered, as we surely were pleased to discover them.  Seeing such wildlife in a garden was a wonderful experience.
Posted by Pat Reed at 12:21 PM