My raised bed garden lumber experiment has been baking in the elements for sixteen months.  How about some results!  The gist of the experiment is that I built and installed two nearly identical raised garden beds.  I coated the lumber of one the  raised garden beds with linseed oil.  I did not put a coating on the second.

To completely refresh your memory, here is the original post fully describing the installation and experiment!  Here is a second post detailing installations of phases II and III of the raised garden beds. 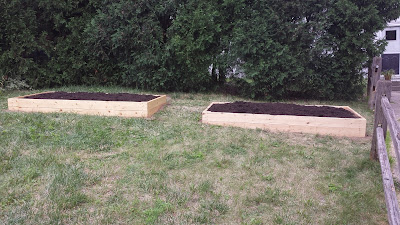 In regards to the aesthetics.... 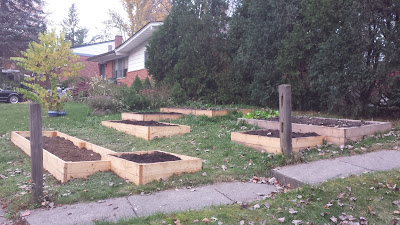 The above photo was taken October 24, 2014 after three months in the ground...along with the rest of the raised garden beds installed. 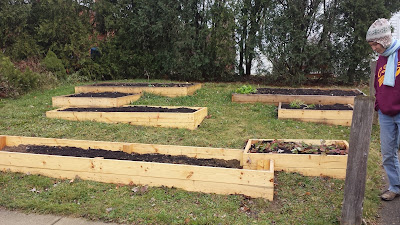 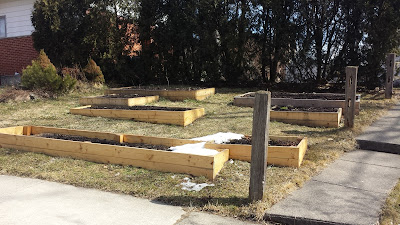 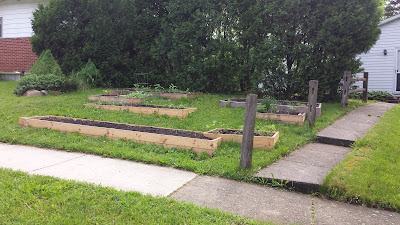 You may notice there are no comparison photos over the 2015 growing season.  That is because the plants grew so large, they blocked the view in all the photos I took. 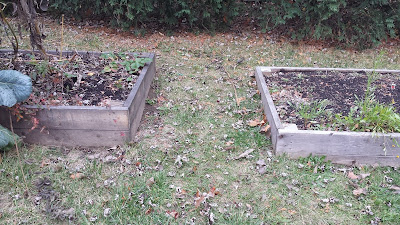 And finally a side by side shot November 6, 2015, sixteen months in the ground... 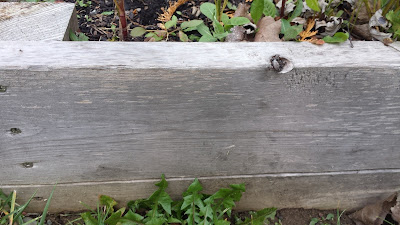 The above close up photo is of the untreated lumber, which seems to have faded completely shiny gray. 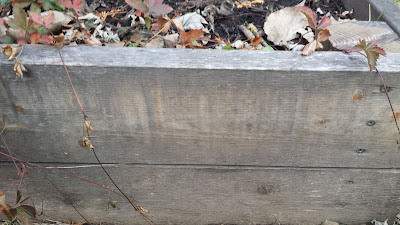 A close up photo of the linseed oil treated lumber, which also only seems to have also faded, but to a different darky streaky gray.  The original lumber color still remains visible in streaks.

In conclusion, over the course of sixteen months, the linseed oil treated lumber seems to have looked nicer, but, now, the difference in their aesthetics is pretty subtle.  I prefer the way the linseed oil treated lumber looks.  I think it looks slightly better.  Although I am not sure if aesthetics should be a motivation to use linseed oil, as beauty is in the eye of the beholder.  Some might actually prefer the shiny gray look.
Posted by Pat Reed at 9:21 AM