I visited my old friend, the prairie beach park, in mid August 2015, about fifteen months after installation.  For reference, here is the post detailing the site and initial installation work, and the post about the site visit in Fall 2014.  To summarize my observations from the visit, the establishment of this novel ecosystem is a mixed bag of good and bad things happening. 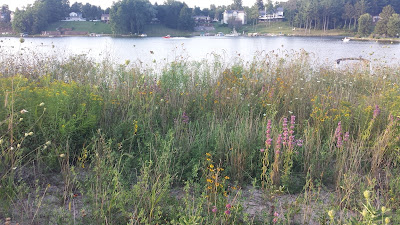 If you compare the above photo with this photo from May 2014 and this from Fall 2014, you can easily observe the progression of prairie growth.  There remains much room for improvement.  Although many areas of the prairie are still thin, achieving denser growth is only be a matter of time!

First, the good, because I like to include pretty photos! The Quercus macrocarpa specimen seems to be losing a few branches.  But, considering it is still alive after all this time, I am sure the root system has continued to expand, and its continuous process of growth and death and regrowth appears to be off to a good start. 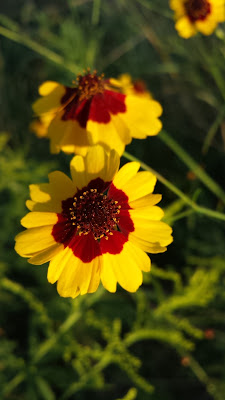 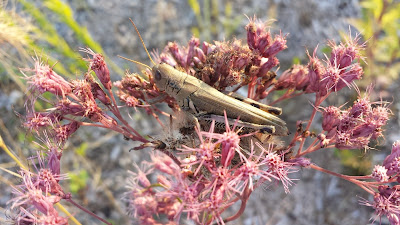 A beautiful grasshopper specimen, hanging out on the flowers of a Eutrochium maculatum, (formerly Eupatorium maculatum), Joe Pye Weed... grown from a plug from Wildtype Nursery. 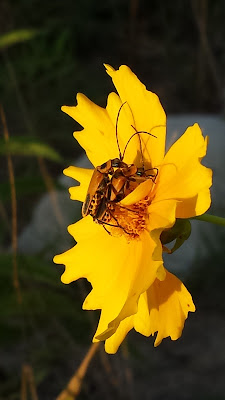 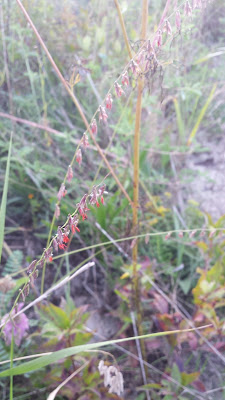 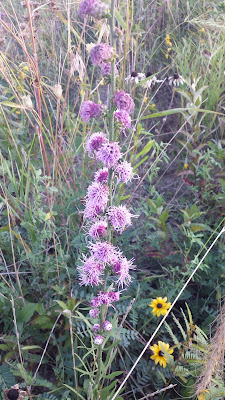 This is a Liatris spp. (not L. cylindricea).  I also observed some specimens of probably Symphyotricum novae-angliae (formerly Aster novae-angliae).  These two species were not included in either seed mix.  So, both species were either here naturally or sneaky inclusions in the seed mixes, which, given how the seed mixes are collected and prepared, would not be surprising.  Both are native species, so both are most welcome! 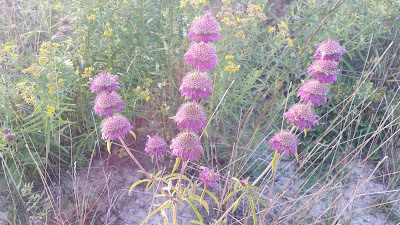 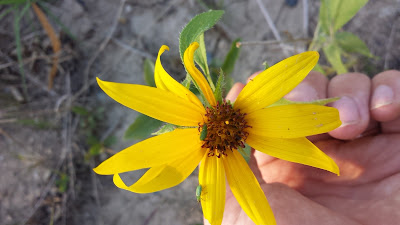 The plugs from Asclepias syriaca and Rudbeckia hirta survived at such a high percentage, that you can basically see the line of where the plugs were planted.

Several native plants had significant populations.  Observing plants, which grew from seeds and plugs (which cost a good deal of money), now producing seeds (free!!!) and naturally spreading themselves over the prairie is highly satisfying!  I observed possibly significant populations of Asclepias syriaca, Cassia fasciculata, Coreopsis lanceolata, Coreopsis tinctoria, Elymus canadensis, Euthania graminifolia, Fragaria virginiana, Monarda punctata, Penstomon hirsutus, and Physostegia virginiana.  Only time will tell if these populations are viable and remain adequately competitive, but these seem to be off to a promising start.

Second, the bad.  I did not observe numerous species included in the Dry-Shortgrass Prairie Seed Mix.  Various explanations are probable.  One, I just missed seeing the species or did not identify it.  Two, their occurrence is noticeable in a different season then when I visited.  Or three, the germination conditions were not appropriate for the particular species.  Hopefully, these seeds remain part of the seed bank and, as conditions change, their successful germination becomes more likely.

Most surprisingly missing was, Schizachyrium scoparium, which was a large constituent of the mix. 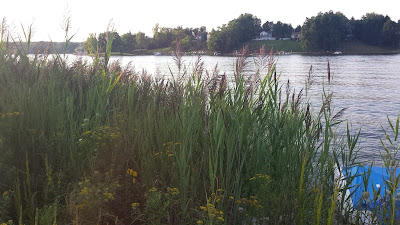 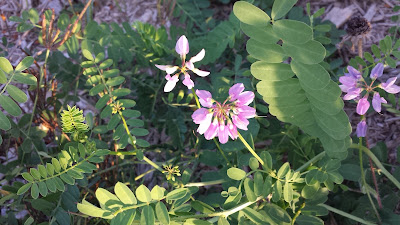 I plan to provide recommendations to my client to manage these non-native species and to continue pushing the prairie in an ecologically beneficial direction.  Possible recommendations might include:
Additional discussion needs to occur for deciding the best, most appropriate, course of action.
Posted by Pat Reed at 12:02 AM